Here is a quick introduction to using the Keyes 9G Micro Servo motors. Hopefully it will provide you with the confidence to controlled movement to your Arduino projects.

This example will demonstrate the use of an Arduino UNO in the control of a micro servo with the use of the Arduino servo library. Once connected and the program loaded, the UNO rotates the motor 180 degrees clockwise then 180 degrees anti-clockwise. 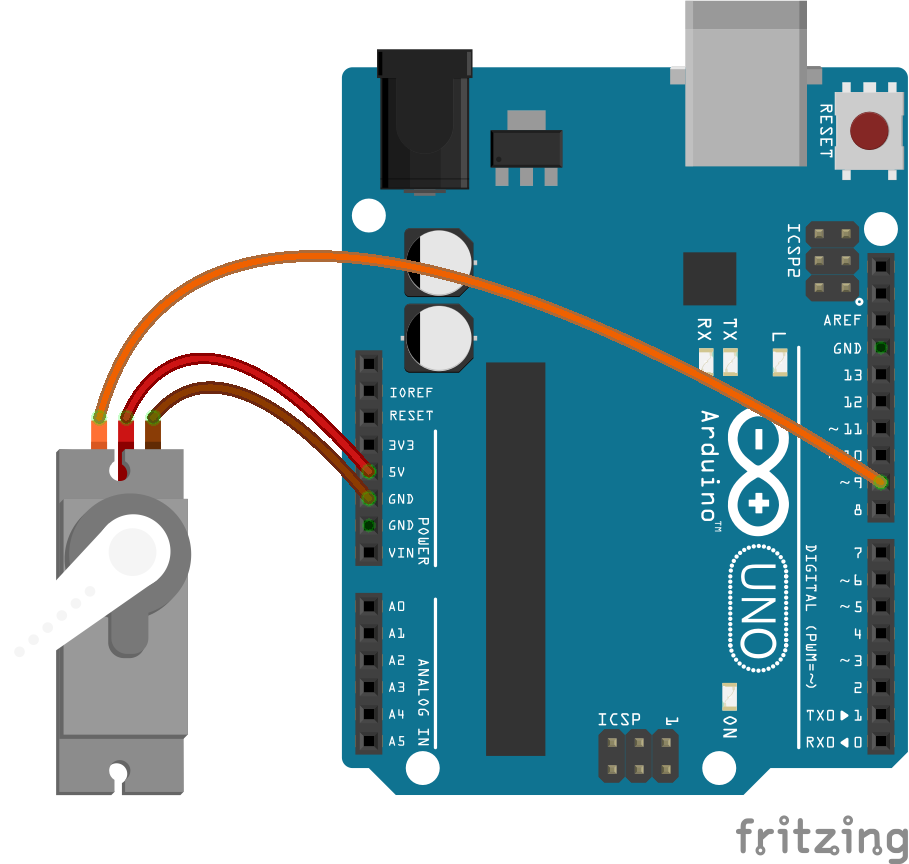 15ms delays are placed within both loops to allow the motor time to move into position.

With the board loaded with the program and all the connections made, the motor will begin to turn. It will move accross the full 180 degree range before pausing for a second and making the return rotation.

Servos can demand a significant current to operate correctly. This normally manifests itself in the rotation not being smooth. To solve this you may wish to look into a PWM controller.