Here is a quick introduction to using the Keyes 8 RGB LED line module. Hopefully it will provide you with the confidence to push on to more advanced visual displays.

This example will demonstrate the use of an Arduino UNO in the control of the 8 RGB LED module. Once connected and the program loaded, the LEDs will cycle through the 3 individual colours of each LED in sequence, looping endlessly. 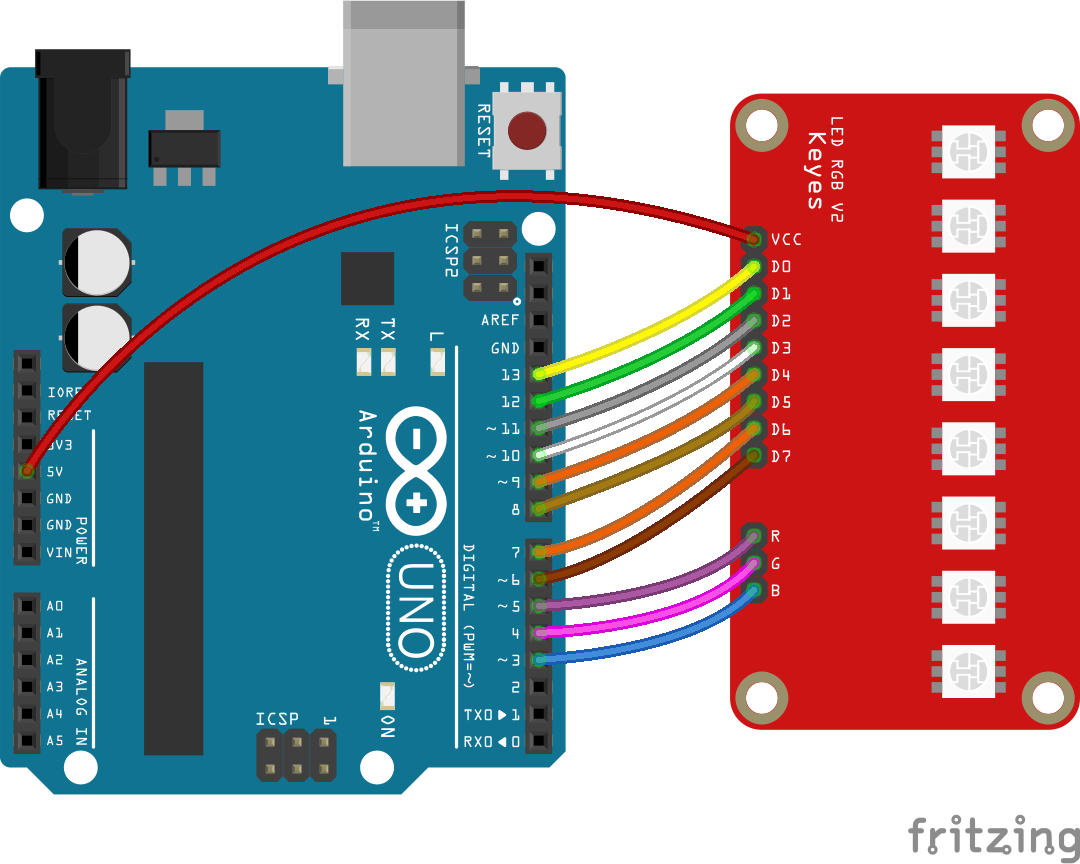 The code consists of the a setup and loop. The setup defines the pins to be used in the control of the module. The loop contains the control program that will run continuously after the setup. It is made up of two loops, one nested inside the other. The outer loop controls the colour pin selected and the inner one selects a particular LED in the array.

The loop sets both the colour and LED select pin to LOW, triggering the LED. It then waits for a 100ms before setting the LED select back to HIGH and moving to the next LED.

With the board loaded with the program and all the connections made the module should start to scroll through the colours as seen below.