Here is a quick introduction to using the 6 LED status module. Hopefully it will provide you with the confidence include a display in your Arduino project and see its usefulness in debugging programs.

This example will demonstrate the use of an Arduino UNO in controlling the module. Once connected and the program loaded, the display will cycle through all the LEDs. 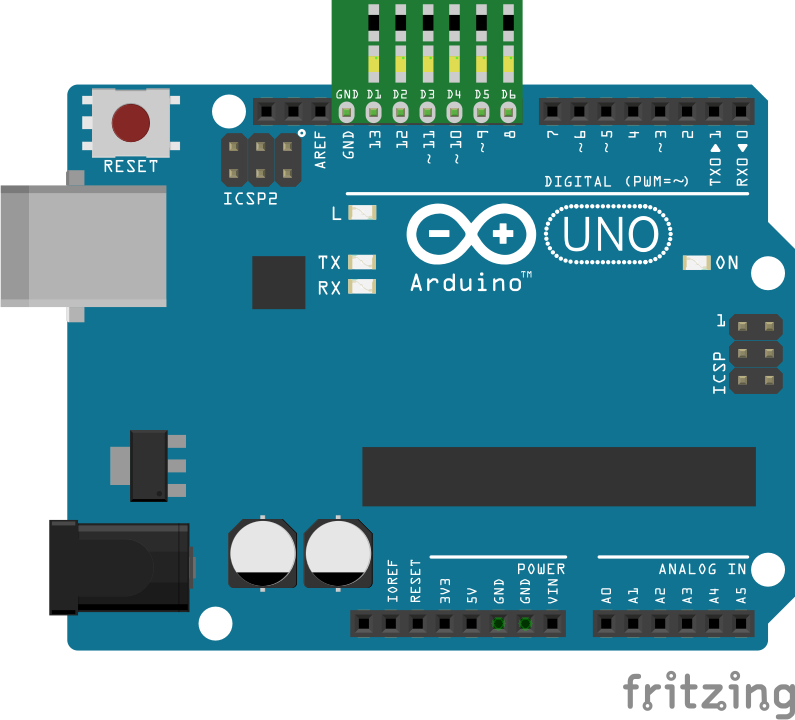 The code consists of the a setup and single loop. The setup defines the pins to be used in the control of the module. The loop contains the control program that will run continuously after the setup. The loop cycles through each of the LEDs toggling it from it's current state to the next.

With the board loaded with the program and all the connections made the display will begin to cycle through all the LEDs in the module. The output should be as seen below. Please note the camera has a hard time dealing with bright LEDs.