Here is a quick introduction to using the Keyestudio LM35 temperature sensor module. Hopefully it will provide you with the confidence to intergrate a small and simple analog temperature monitor into your project.

This example will demonstrate the use of an Arduino UNO in monitoring an analog pin over the range of temperatures.

Wire the one of the two boards to the Arduino as can be seen in the images below, taking care to match the pin numbers. 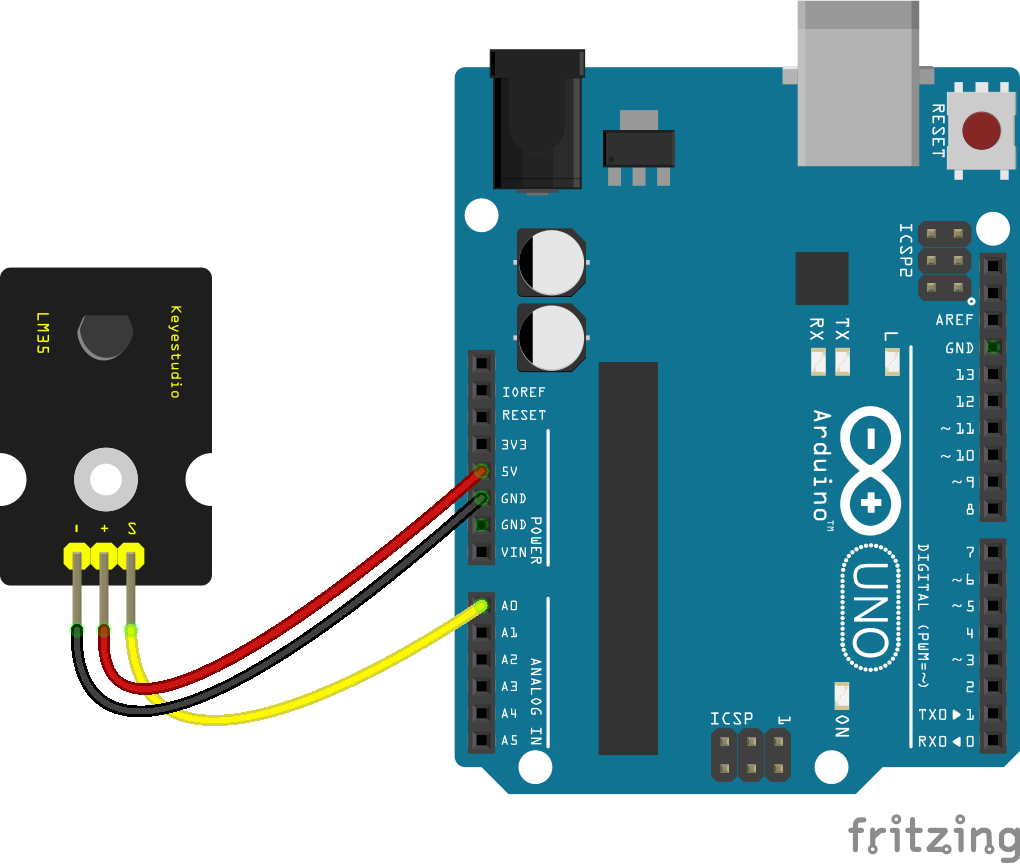 The code consists of a definition, setup and loop. First the A0 pin is assigned followed by a varaiable to store the value read. This allows easier use later in your program. A setup informs the system that the pin is an input is an input and then lauches the serial connection. Next we enter the loop, where the value on the pin is read and stored in the variable declared earlier. The variable is then sent through a small calculation to convert a voltage to temperature in celcius. The calculated value then overwrites the original value held in the variable. Following that we send it to the serial monitor so that the value can be read on the screen.

With the board loaded with the program and all the connections made the serial monitor will produce an output like the one seen below. In this case the sensor is on the table and a cup full of boiling water is placed on top of it. It would keep going up if I kept recording, but I am sure you have better things to do with your day.